The recent photo-shoot by photographer Guy Nahum Levy for Hotel NYX Tel Aviv, had a special kind of magic. "In one of the frames we did, we put one of the female models on the male model to create a specific look, then spontaneously the second model flung her coat and it seems like there's a girl there that’s half female, half male.”

Guy Nahum Levy, 21, is a talented young photographer with a portfolio that showcases fashion assignments for leading designers (Adidas, Gal Schoenfeld, Efrat Cassuto, Dorin Frankfurt, Lara Rosnovsky and more), artistic collaborations with street artist and designer Pilpeled and a unique project for the Cyclamen fashion brand. This project, which brought together 65 leading personalities including Chen Yanni, Israel Aharoni, fashion producer Motty Reif and a whole host of others, paved the way for Nahum Lëvy and brought him to the public’s attention.

Nahum Lëvy feels remarkably at ease with a camera in hand. Growing up in an artistic home, (his mother, Rakefet Lëvy is one of Israel’s top costume designers, and his father Ilan Nahum, is an architectural photographer and artist), and graduating from Thelma Yellin High School of the Arts School, accelerated his journey into the Tel Aviv nightlife scene. At the tender age of 17(!), Lëvy began shooting for the Breakfast Club night club. A year later he began working as a photographer for “Time Out Tel Aviv “, while concurrently working on a wide array of personal and professional photographic projects. With a local fashion industry brimming with various photographers, Guy Nahum Lëvy stands out as photographer with a unique eye, bringing a very distinctive atmosphere and mood to his art.

“I really like Juergen Teller, Ryan McKinley, Wolfgang Tillmans and Nick Knight. They are all wonderful photographers who succeed in expressing a lot of artistry, cultural knowledge and their personal life stories through their work. They manage to produce work that’s always fresh, cool and aesthetically appealing. Knight’s photography, for example, displays huge effort and thought that pays off in works of art that are closer to painting. While with Jurgen everything is very fresh and quick, almost effortless; his work always seems the most cutting edge, stunning and beautiful. Tillmans is the master of portraits, they are simply awesome.”

Unlike typical photo-shoots for fashion brands, your fashion assignment for NYX was shot entirely in the new hotel. What difference has that made to the final product?
“Because we’re shooting for a hotel, it was very important to show this in the final product. The entire production is a dialogue with the rooms, in other words, the concept of each space is inspired by the space itself. If the space had a specific color palette or if there were Zebra prints, then everything from make-up, clothes and hair went along with this. Basically, when you’re involved in a project like this where you need to see the space, the space becomes extremely significant. Even in a ‘regular’ fashion production, location plays a key role in bringing to life the concept, and therefore, we’re always communicating with the place in one form or another. ” 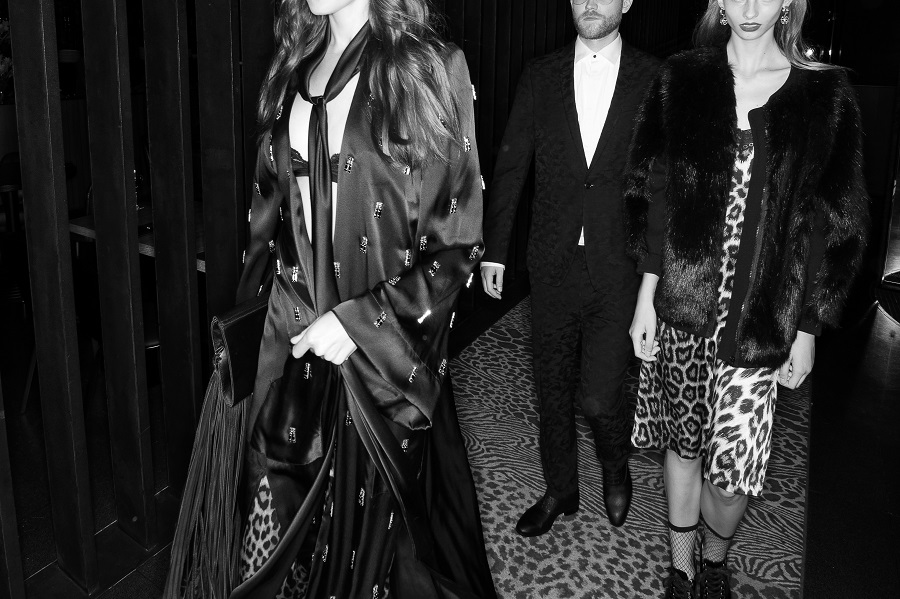 What gave you the inspiration for the NYX fashion shoot?
“The hotel, the atmosphere, and the people are totally inspired. As soon as I entered the hotel, I was struck by this amazing fragrance which I later realized was created especially for the place. There was this ambience which was dark, red and animalistic – all these elements are present. Even Ravit, the hotel’s manager, who I got to meet during the project, is this wonderful, amazing and unique personality who, in my view perfectly reflects the essence of the hotel; she was also a very big inspiration. Both in her energy and her sexiness, Ravit has this youthfulness that I really connect with. I never thought a hotel manager would look or speak like that!”

In an interview with Time Out you said that “the idea of the sacred and the profane is one that excites me.” I love things with tension, with a narrative. The tension between disgusting and elegance is imperceptible”. How is this idea articulated in the NYX fashion shoot?

“Here it was a lot of fun to play with different attitudes. There is a lot of magic in the hotel, so in one frame I put one of the girls on one of the guys to produce this really mysterious image then spontaneously the second model flung her coat and it seems like there is a girl there that is half female, half male. We also introduced this puma, which is a symbol of the hotel, to keep alive this whole thing of ‘there’s a wild animal looking at us: But who is it – us or them?’. In this hotel, you can be everything – one moment you are animalistic and the next you are elegant.”

Finally, who would you like to work with and photograph next?
“Tilda Swinton is someone I’d really love to work with. She’s got something androgynous, she knows how to move, and beyond the fact that she’s beautiful and breathtaking, I’m sure she’s a really interesting person that I’d be happy to meet and get to know. 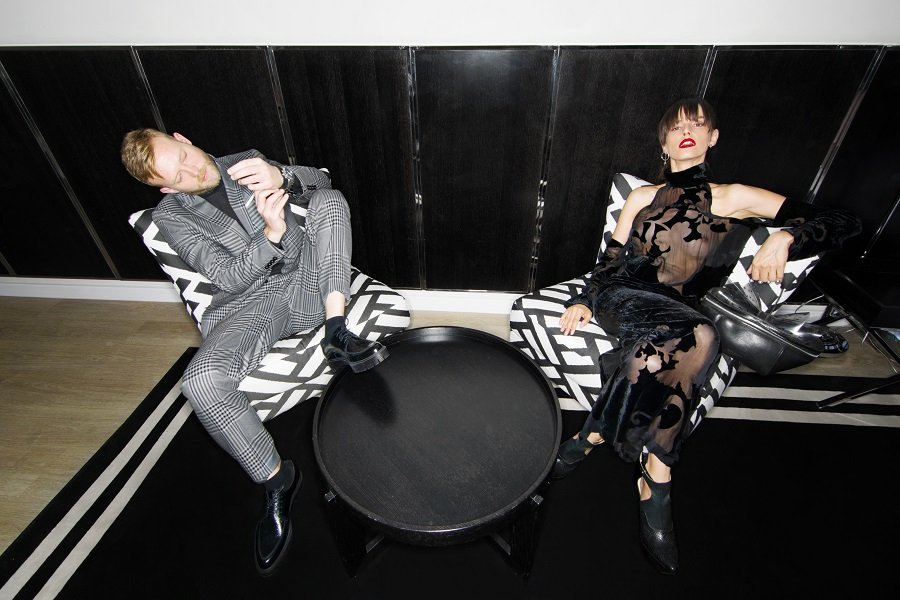 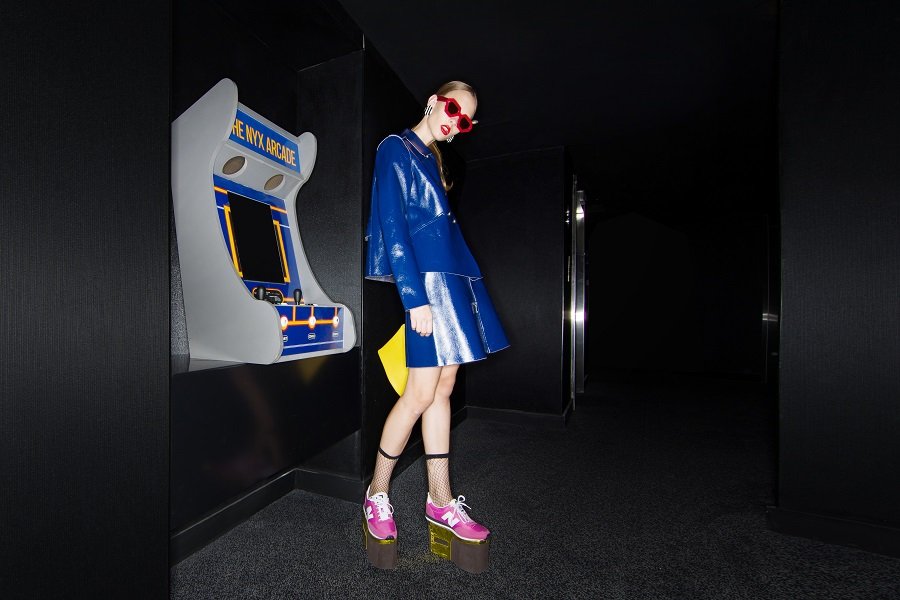 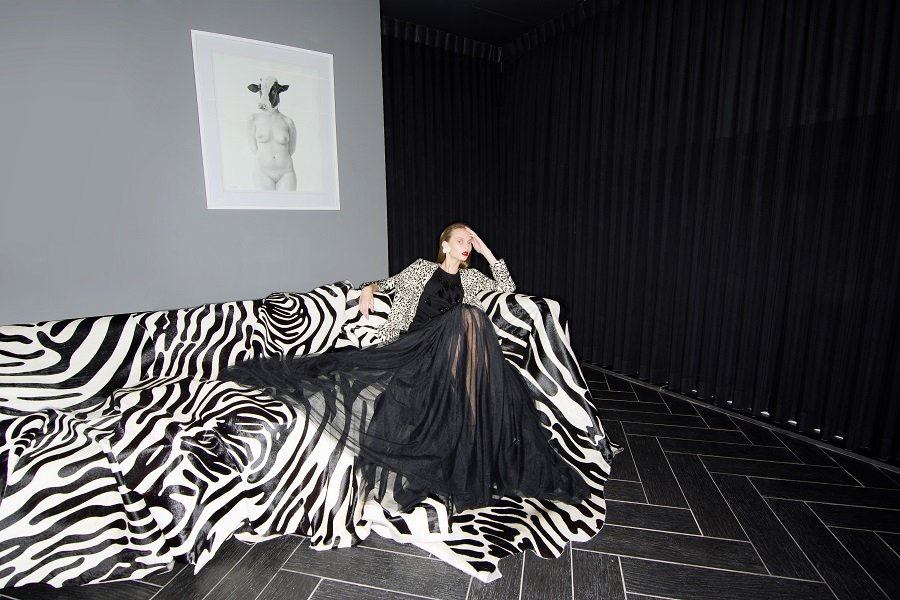 The line between fashion and art. Guy Nahum Lëvy 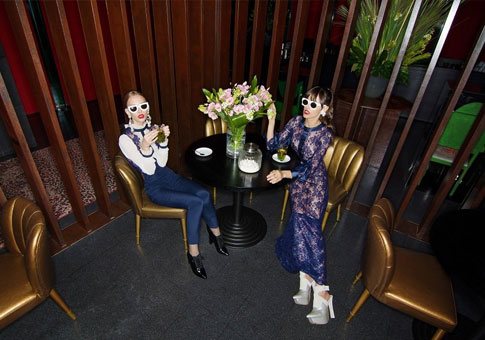 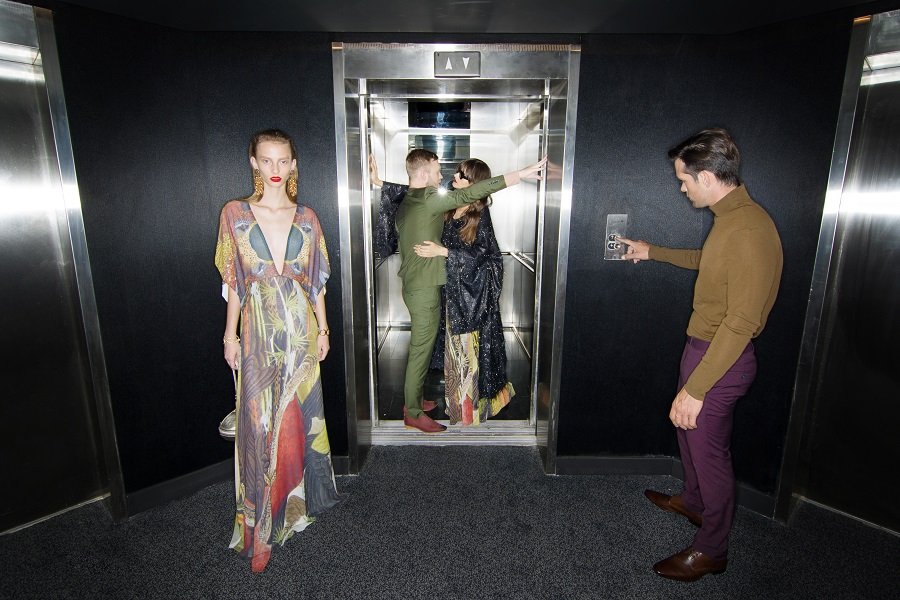 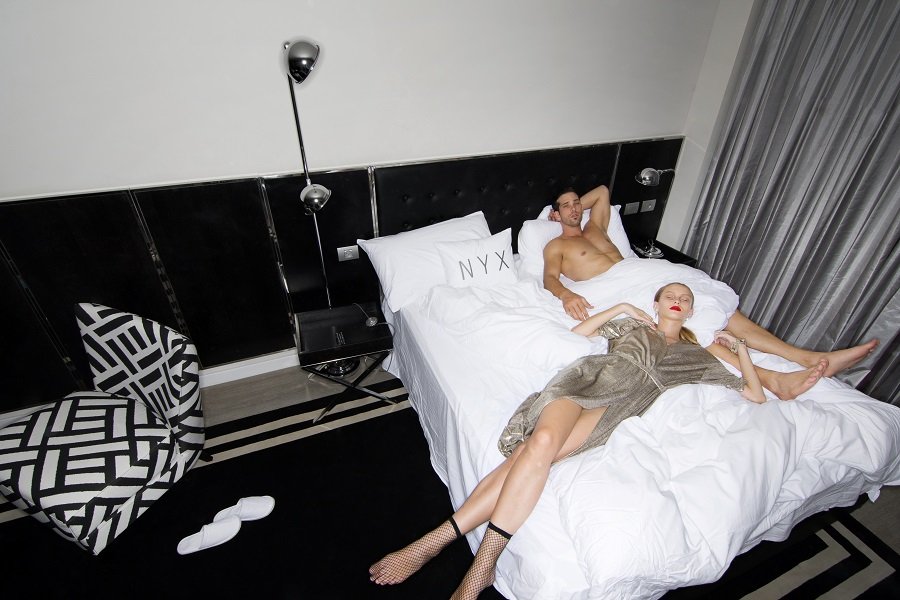